Changes in the Hungarian fringe benefits system from 2019

Changes in the Hungarian fringe benefits system from 2019

Home / EN / Changes in the Hungarian fringe benefits system from 2019

In recent months we heard a lot about the large-scale changes in the Hungarian fringe benefits system (so-called “cafeteria”) as one the most popular tools used for motivating employees, expected from 2019. The Hungarian National Assembly has already adopted the amendment to the tax laws for 2019, which concerns the benefits in kind from a number of aspects. Though the autumn tax package may still bring changes, as an employer it is worth to think this whole thing over, and to have a look whether there is a benefit form which we can exploit from taxation aspect already in the present year. From the next year – except for some “surviving” elements – all benefits will be taxed according to the legal relationship, meaning that the tax burdens of the income received from an employment relationship must be paid in the case of an employment contract.

Let’s have a look at the Hungarian fringe benefits which will still remain with us in 2019!

Benefits in kind: only the “SZÉP” card will be kept

(„SZÉP” card – Széchényi Recreation Card. It’s a plastic card with 3 „pockets”/sub-accounts based on 3 purposes: accommodation, catering and recreation. There is a top limit assigned to each sub-account, but other than that, employees are free to choose how they want their fringe benefits to be distributed among the three options. Payments can be made at a POS terminal or via online transfer.)

Next year the option of granting HUF 100,000 as benefit in kind – introduced last year – will be removed from the system, and only the SZÉP card will be available with the conditions also applicable this year, beside preferential taxation. In the event of catering, this amount is HUF 150,000 per year, for accomodation services HUF 225,000, and in the case of leisure activities HUF 75,000 in a year.

The tax burden of this benefit type will also change: in addition to eliminating the 1.18 multiplier, the 15% personal tax and the 19.5% social contribution will be payable after it, meaning that the 34.22% current overall tax burden will slightly increase to 34.5%. 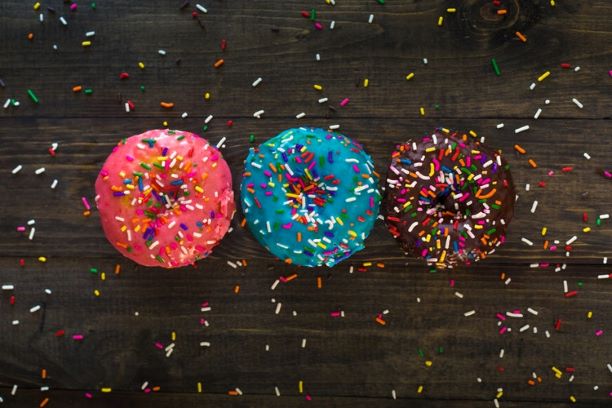 The scope of the specific benefits will be limited to some elements. Well-known and popular elements will be removed from the options, such as the supporting of meals at work, the Erzsébet voucher, the local travel pass, the school-start support, as well as the voluntary pension fund, health fund and self-administered fund contributions.

Work-related Hungarian fringe benefits which continue to be available: corporate mobile phone, meals during business trips, and targeted services paid in voluntary funds, business gifts and representation – being the payer’s burden – remain optional in 2019, as well. Gifts of minor value will see no major changes either, but from next year it can be granted only once a year – in contrast to the three times applicable until now –, up to 10% of the minimum wage.

However, the scope of specific benefits still includes the revenues granted as products or services during a free or preferential event where it cannot be determined unambiguously who and to what extent benefits from the certain services. Nevertheless, the employer’s option to grant any benefit type pursuant to its internal policy or in the same form, equally to all of its employees – beside paying the higher public burden – will be eliminated.

With regard to taxation, the 1.18 multiplier – along with the tax burden – remains unchanged for this scope of benefits, but, due to the removal of the health contribution, the 19.5% social contribution will be payable in addition to the 15% personal income tax, so the total tax burden is 40,71%.

The elimination of tax-free elements will be the most painful change in the Hungarian fringe benefits system. The housing support which has been functioning successfully for several decades will be removed from the scope of tax-free benefits, and the provisions governing its tax exemption will be repealed from 1 January 2019. However, it may be worth to exploit this option this year, if there is an employee who is just about to buy or build a house.

The tax exemption of further tax-free elements, such as the housing allowance for mobility purpose, the support for student loan repayment, the risk insurance or the tickets for sports events, cultural services will be also eliminated. As a result, the housing allowance granted in 2019 will be taxed as an income, meaning that if an employee receives HUF 50,000 as housing allowance in a given month, this will appear as a burden of HUF 60,500 for the employer from 2019. Furthermore, the employee will also face tax and social contribution liabilities, thus – excluding any tax allowances – will receive only HUF 33,250 actually.

The scope of tax-free elements continues to include the reimbursement of kindergarten, nursery services where a change aimed at reducing the administrative burden has been introduced for 2019: the benefit will be reimbursable by the payer without a tax burden even if the invoice is issued for the name of the individual and not for the parent’s employer.

What you should pay attention to – “Loopholes in the cafeteria system”

Seeing this all, employers are not in an easy situation, but there are some options to be considered in time, thus gaining some advantage.

The time of granting benefits from one year to another needs special attention since it can easily happen that a benefit for 2018 will be disbursed to the employee only in early January (with his wage for December), and, as a result, the concerned amount will no longer be subject to preferential taxation, but will rather be taxed as an income. For benefits in kind and specific benefits the rule cannot be applied according to which a benefit granted for 2018 and disbursed by 10 January 2019 still qualifies as an income gained in 2018. This provision only applies to the wage and bonus of the previous year.

It is worth to make use of the option – by observing the annual budgets – and to schedule the disbursement of benefits already to this year which concern the next year, e.g. the provision of local travel passes. This is explained by the fact that tax becomes chargeable in the event of fringe benefits upon their disbursement, meaning that not the period for which they are granted matters actually.

Upon the planning of Hungarian fringe benefits for the next year, it is also worth to consider a less widespread and relatively new support, the targeted services paid in voluntary mutual funds which still remain preferential benefit elements.

As for the impact of Hungarian fringe benefits changes on the employer and employee markets, the development of these changes, and as for the companies’ possibilities to replace their lost motivation tools, we will discuss these topics in a later BPiON blog post.