How regulations of state subsidy for salary payments changed from 29th of April, 2020 in Hungary?

How regulations of state subsidy for salary payments changed from 29th of April, 2020 in Hungary?

Home / Coronavirus & BPO / How regulations of state subsidy for salary payments changed from 29th of April, 2020 in Hungary?

As included in our previous newsletter, state subsidy may be claimed if a company reduces the working hours and this measurement is closely and directly related to the emergency. Recently some changes have been published to the previously submitted regulations, hereby we summarize these changes and give some information on how to interpret them.

The definition of decreased working time has been changed according to the regulations effective from 29th of April, 2020. The lower limit of the decrease has been changed from 50 percent to 25 percent, and the upper limit has been changed from 70 percent to 85 percent, the reference to a minimum working time of four hours per day has been left out from the regulations. So, this means that based on the changes, the subsidy can be requested even after working time reduced to two hours a day. As stated in the government decree, the working hours should be calculated as an average for the 3 months of the subsidy period.

Those who have already modified the original employment contract earlier (between 11 March and the date of submission) e.g. from 8 hours a day to 4 hours, they can apply for the subsidy anyway. In this case 8 hours is the original working time and 4 hours is the decreased working time. The base salary should be calculated to the original 8 hours according to the regulations of the decree.

What is also important to point out here is that for former part-time workers the employer can also use the subsidy if there is further decrease in the working time (for example: the working hours of a 4-hour employee (working time valid on 11 of May) will be reduced to 2 hours).

No subsidy can be paid for unpaid leave during the subsidy period. However, periods, when the employee is released from work, are not investigated. 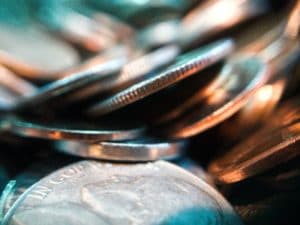 Salary for individual development time should be calculated to thirty percent of the time lost due to reduced working hours, which the employer must pay during the period of the subsidy regardless of the validation period (maximum 2 years).

So, the new government decree calculates with a base salary instead of absence fee. Base salary means the salary valid on the date of submitting the claim, considering also the amount of the service fee on the start date of the emergency.

The amount of the subsidy has been connected to the base salary according to the new rules, so it is the monthly base salary calculated on the 70% of the lost working time decreased by the personal income tax advance and contributions, but the maximum base salary to be considered is double of the prevailing minimum wage.

With this change, the maximum amount of the subsidy has been increased, so it is now half times higher than the previous one which means 112,418 HUF, but the amount is depending on the base salary of the employee and the percentage of the reduction of the working time.

What should those companies do who also receive contribution allowance based on their main activities? General rules are valid for them as well, so not the net salary decreased by the contribution allowance will be the base of the subsidy calculation. Moreover, the same applies to those employees who are entitled to any kind of tax allowance and who are subject to special taxation rules (for example pensioners or simplified taxpayers).

For the calculation, we recommend checking the spreadsheet on the website of the National Employment Service.

Completion of the applications has been simplified by the fact that, under the new rules, employers do not have to present their economic circumstances justifying part-time employment in their application for the subsidy, the direct and close connection of these circumstances to the emergency, and the measurements taken and planned so far to overcome the economic difficulties.

However, the condition for the assessment of the subsidy is that the employer demonstrates that the economic rationale for part-time employment is directly and closely linked to the emergency and provides credible evidence that the retention of employees is in the national economic interest.

In view of the changes that became effective on April 29, 2020, the employer will continue to be required to maintain the headcount, but instead of maintaining the statistical headcount on the day the application is submitted this requirement is applicable only for the maintaining of the employment of the applicant employee, however, the exact length is not specified in the government decree.

The salary subsidy will continue to cover employees in working time banking, and the regulation specifies that the subsidy can also be applied for teleworking and home office employment.

The changes clarify that the restriction of extraordinary work is valid only for the applicant employees and that temporary employment companies can now also benefit from the subsidy.

The claim for the subsidy must be submitted by the parties (employer and employee) jointly at the capital city or county government offices.