Posted by Camelia Topcsov May 3, 2022 No Comments

I. LAW no. 72/2022 for the cancellation of some fiscal obligations and for the modification of some legislation

1. Cancel the differences in principal and / or auxiliary tax liabilities established by the tax authority by a tax decision issued and communicated to the taxpayer, as a result of the subsequent qualification by the tax authority of the amounts representing allowances or any other amounts of the same nature, received during the delegation, secondment or activity in another country, by employees of the Romanian employers who carried out their activity on the territory of another country, related to the fiscal periods between July 1, 2015 and April 4, 2022.

The amnesty application procedure is approved by order of the National Agency for Fiscal Administration in Romania, which is issued within 30 days from the date of entry into force of this law. 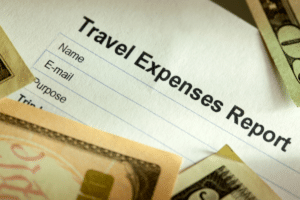 Their value, as well as any other amounts of the same nature, other than those granted to cover transport and accommodation expenses, received by employees according to the relevant legislation, during the activity in another locality, in the country or abroad, in the interest of the service, are exempt from the payment of income tax and social security contributions of the employee and the employer, if the amounts granted fall within the following limits:

+ abroad, 2.5 times the legal level established for daily allowance, by Government decision, for Romanian personnel sent abroad for the performance of temporary missions, within the limit of 3 basic salaries corresponding to the job occupied or within the limit of 3 remuneration provided for in the legal report, as appropriate.

II. LAW no. 73/2022 for the amendment and completion of the Emergency Ordinance of Government no. 158/2005 on leave and social health insurance benefits

Adds a new situation for which medical leave is granted, respectively in the situation where the authorities have ordered the measure of quarantine or isolation for a child up to 18 years old, but the parents / legal guardians have not ordered the measure of quarantine or isolation, in the situation in which they are insured in the public health system are entitled to leave and allowance for the supervision and care of the child, starting with April 2, 2022.

The medical certificate will be issued by the attending physician or family doctor.

The gross monthly amount of the allowance described above is 100% of the income base taken into account in determining the entitlement to sick leave allowance and is fully supported from the budget of the single national health insurance fund.

III. ORDER no. 340/2022 for the implementation of Commission Decision (EU) 2021/2.313 of 22 December 2021 on exemption from import duties and exemption from VAT on imports, granted for goods necessary to combat the effects of the COVID-19 outbreak during 2022 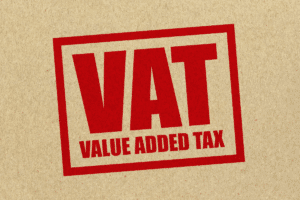 The Order approves the procedure for applying the exemption from taxes and VAT on imports according to the Commission Decision (EU) 2021/2.313 of December 22, 2021 as well as the list of goods that can be imported under this regime.

IV. ORDER no. 270/2022 for establishing the value of the indexed amount granted under form of cultural vouchers for the first semester of 2022

The same amount applies for the first 2 months of the second semester of 2022, respectively August and September 2022.

V. ORDER no. 349/2022 on establishing the value of the indexed monthly amount that grants in the form of nursery vouchers for the first semester of 2022

Starting with April 2022, the value of the monthly amount granted in the form of nursery vouchers for the first semester of 2022 is 520 lei.

The same amount applies for the first 2 months of the second semester of 2022, respectively August and September 2022.

VI. ORDER no. 349/2022 for establishing the indexed nominal value of a ticket of table for the first semester of 2022

The same value applies for the first 2 months of the second semester of 2022, respectively August and September 2022. 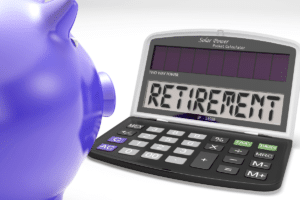 According to this law, the territorial pension house has the obligation to communicate to the employer an information regarding the issuance of the retirement decision for old age, early retirement, partial early retirement or disability.

The information will include the name and surname of the person, the type of retirement decision, as well as the date of its issuance.

VIII. CIRCULAR on the level of the reference interest rate of the National Bank of Romania

Starting with April 6th, 2022, the level of the reference interest rate of the National Bank of Romania is 3.00% per year.

IX. EMERGENCY ORDINANCE no. 36/2022 on the establishment of social protection measures for employees in the context of the armed conflict in Ukraine, as well as as a result of international sanctions applied to the Russian Federation and Belarus

It establishes the measures regarding the granting of the indemnity for technical unemployment  in amount of 75% of the basic salary corresponding to the job occupied for the companies that had economic and commercial relations with Ukraine, Russia or Belarus. 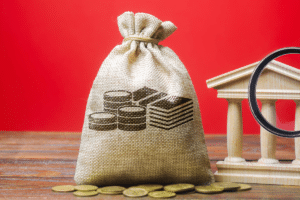 From the date of entry into force of this emergency ordinance until 31 December 2022, the allowance shall be borne by the unemployment insurance budget and shall be granted to employees of employers directly or indirectly affected by the impossibility of conducting transactions with economic operators in Ukraine, The Russian Federation and Belarus, as a result of the effects of the Russian military aggression on Ukraine, as well as for the employees of employers subject to international sanctions and who have imposed restrictive measures in relation to actions that undermine or threaten the territorial integrity, sovereignty and independence of Ukraine.

X. EMERGENCY ORDINANCE no. 41/2022 for the establishment of the National System on the monitoring of road transport of goods with high fiscal risk RO e-Transport and repealing art. XXVIII of the Government Emergency Ordinance no. 130/2021 on some fiscal-budgetary measures, the extension of certain deadlines, as well as for the modification and completion of some normative acts

e-Transport: Starting with July 1, the goods with risk factor will be reported.

First of all, the risky goods that leave Romania for abroad and those that come to Romania from abroad.

The list of products that will have to be declared in e-Transport when they are transported on Romanian roads is only partially overlapping with the list established for e-Invoice.

XI. ORDER No 955/2022 of the Ministry of Finance on the approval of the Implementation Procedure and the State aid scheme associated with the SME PROD Programme

This Order establishes the State aid scheme for the SME Prod programme, aimed at producers located in cities and operating as companies or PFAs, through which they will be able to apply for State guarantees when accessing investment and working capital loans. 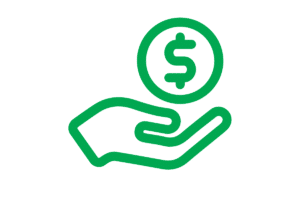 The SME Prod programme is designed to ensure that small and medium-sized enterprises operating in urban areas have access to the liquidity and funds needed to finance investments, and is available until 30 June 2022.

Registration will be done via the website https://www.imminvest.ro, once the start of the registration process has been announced.

XII. EMERGENCY ORDINANCE No 50/2022 regulating work in the maritime sector

The published normative act establishes new regulations on the working conditions of workers in the maritime sector.

Both Romanian and foreign shipowners are obliged to include in their new employment contracts with seafarers the minimum standards required by the Maritime Labour Convention (MLC 2006) regarding working and resting time, rest leave, medical care, sick pay, unemployment and pension benefits, compensation in case of accidents at work or occupational diseases, family allowances and to ensure minimum working conditions on board ships.

+ service providers for companies or trusts;

The reporting entities mentioned that are active will have to submit the notification within 30 days of the entry into force of the order.

The National Office for Preventing and Combating Money Laundering will issue an order within 30 days, i.e. by 21 May 2022, setting out the form and content of the said notification.

XIV. ORDER No 765/2022 of the National Agency for Tax Administration on the procedure for refunding the dividend tax resulting from the annual adjustment of dividends partially distributed during the year

If the partial distribution of dividends paid during the year, after the annual regularisation, results in a higher tax paid to the budget, the dividend payer may request a refund.

If the dividend payer finds that the amounts distributed were higher than the dividends due, he shall correct the dividend tax liability declared to the central tax office competent for the administration of his tax liability by submitting an amended declaration showing the amount of dividend tax overpaid as a result of the annual adjustment of dividends, after repayment by the shareholders or members of the interim dividends, if these have been distributed and paid. 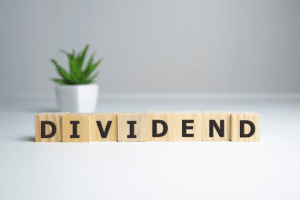 If interim dividends have been distributed but not paid, the claim for refund shall be filed with the competent tax authority after approval of the annual financial statements.

The dividend payer first submits to the competent tax authority an amending declaration and then submits an adjustment declaration/claim for refund of dividend tax.

The order provides the model of the regularisation declaration/request for refund of dividend tax.

The application for refund shall be submitted to the competent tax authority and may be submitted until the expiry of the limitation period of the right to claim refund, i.e. 5 years from 1 January of the year following the year in which the right to refund started.

Persons who have lived for at least 30 years in areas affected by the remaining pollution due to mining, processing and burning of coal or oil shale, mining and processing of uranium ores, mining and processing of ferrous and non-ferrous ores containing dust or greenhouse gas emissions, ammonia and derivatives, copper, lead, sulphur, nitrogen, phosphorus, cadmium, arsenic, zinc, manganese, fluorine, chlorine, feldspar and silicon or radiation from radioactive ores, hydrogen sulphide, trivalent chromium, hexavalent chromium, cyanide, metal powders and/or metallurgical coke, the processing of sulphurous crude oil, the desulphurisation of petrol, paraffinic and non-paraffinic crude oil, the distillation of crude oil for the production of fuel oil and oils, respectively in the localities referred to in the law, benefit from a reduction of the standard retirement age by 2 years without penalty.